Alex Munchiando is a Nurse Practitioner within our group, based in the Clinton Township and Warren offices. He is affiliated with Mclaren Macomb and Ascension Oakland-Macomb Hospitals.

Alex is currently a member of SUNA and AANP.

He then worked at Royal Oak Beaumont as an RN from 2011-2017 caring for med/surg, medical and surgical progressive patients as well as Cardio-thoracic step-down patients.

During this time, he again attended Oakland University and obtaining a Master of Science in Nursing with a focus on Adult-Gerontological Nurse Practitioner.

He then joined Henry Ford Village Geriatrics based in Dearborn from 2017-2019.

Finally joining our group in 2019.

When not at work Alex enjoys spending time with his wife, two boys, brothers, parents, and dog. He also enjoys woodworking, hiking, camping and strategy games.

Dr. James Anderson’s research is focused on clinical advancements in prenatal care. Several projects are ongoing including those evaluating clinical outcomes and measures of postoperative quality of life.

What our patients say: 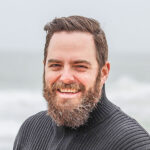